Be sure to check out the SALES and CLEARANCE items on kitchen, home, and garden finds from my favorite home furnishing, food, and gift retailers HERE 🙂

If there ever were to be an official ‘flavor’ for Valentine’s Day, I’m thinking it’d have to be chocolate, so of course if there were ever an official ‘food,’ for Valentine’s Day, then I am hereby proclaiming it Chocolate Pie. And in case you hadn’t noticed the frenzy of everything bedazzled with hearts and flowers, Valentine’s Day is nearly upon us. A day to commemorate romance, romance just screams chocolate, at least according to varying sizes of the chocolate hearts available at Hallmark. If your special somebody is worth a gratifying serving of chocolate, or if you yourself just love a darn terrific chocolate dessert, go all out with this one. This is undeniably the chocolate pie of all chocolate pies… 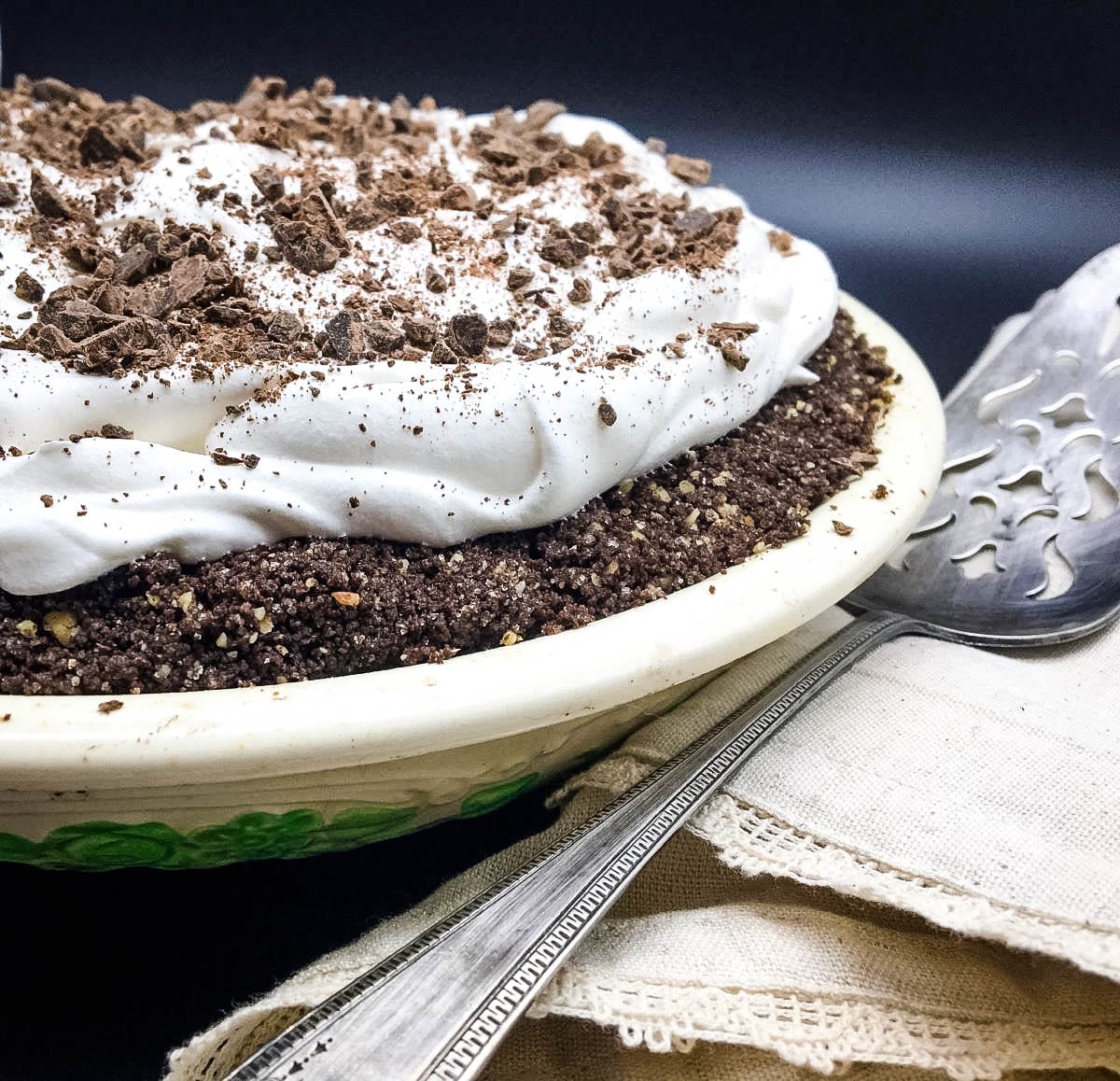 Back in high school, we'd hustle down to the local diner for coffee and a hunk of smooth and silky chocolate pie after dances.

Back in Jersey, we had a Greek diner about a 20-minute drive from our house. It was where everybody went with their families for colossal breakfasts, the absolute best burger platters, and among the largest helpings of dessert known to man. New York cheesecakes sliced thick and a mile high, custard pies with crusts that counted as an actual layer of the pastry itself, Napoleons painted with glossy royal icing, and of course, the smoothest, silkiest whipped cream-laden wedges of chocolate pie. Chocolate pie brings back memories of my Grandmother assembling a crude hand-made crust with the most delicious of pudding-like fillings - it was Heaven on earth.

The diner was not only a place our parents took us, it was also a late night hang out back in high school. After dances and football games, if you could manage to score a ride there, it was the place to be seen. My babysitting money wasn’t stretching too far in the mid-1980s, so I always felt as though I was restricted to side items from the menu…and the desserts. Nothing wrong about a cup of hot coffee and a big slice of pie. My friends and I would squirrel ourselves away in a booth, gossiping and eating our pie. 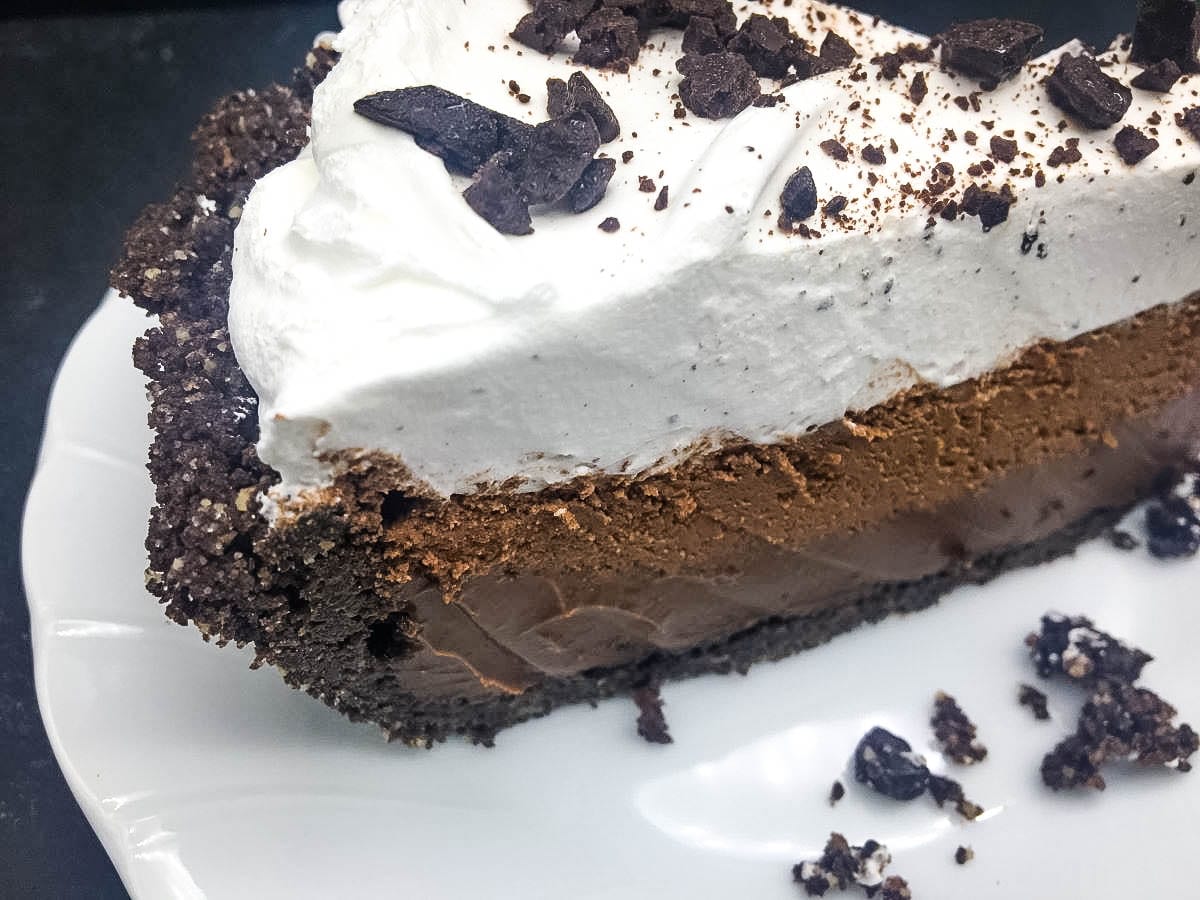 This chocolate pie is four layers of luscious silken sweetness and an altogether comforting sugared masterpiece.

These chocolate wafers are perfect for cookie crusts, but also make for a mean ice cream sandwich.

Flash forward to South Carolina where Greek diners, or any kind of diner for that matter, are pretty much non-existent, and the days of $5 cheeseburger platters long gone. Thinking back to the best of those baked desserts the diner always had to offer, I was channeling a hunk of chilled chocolate pie and have recreated the memory to the best of my ability…from scratch.

Fortunately, this is not as hard as I initially thought it would be, totaling only about an hour and 10 minutes total hands-on time. Chilling (and anticipating!) took about 8, as this pie must be well-chilled to support the four layers (crust included!) of luscious silken sweetness that are this comforting masterpiece. 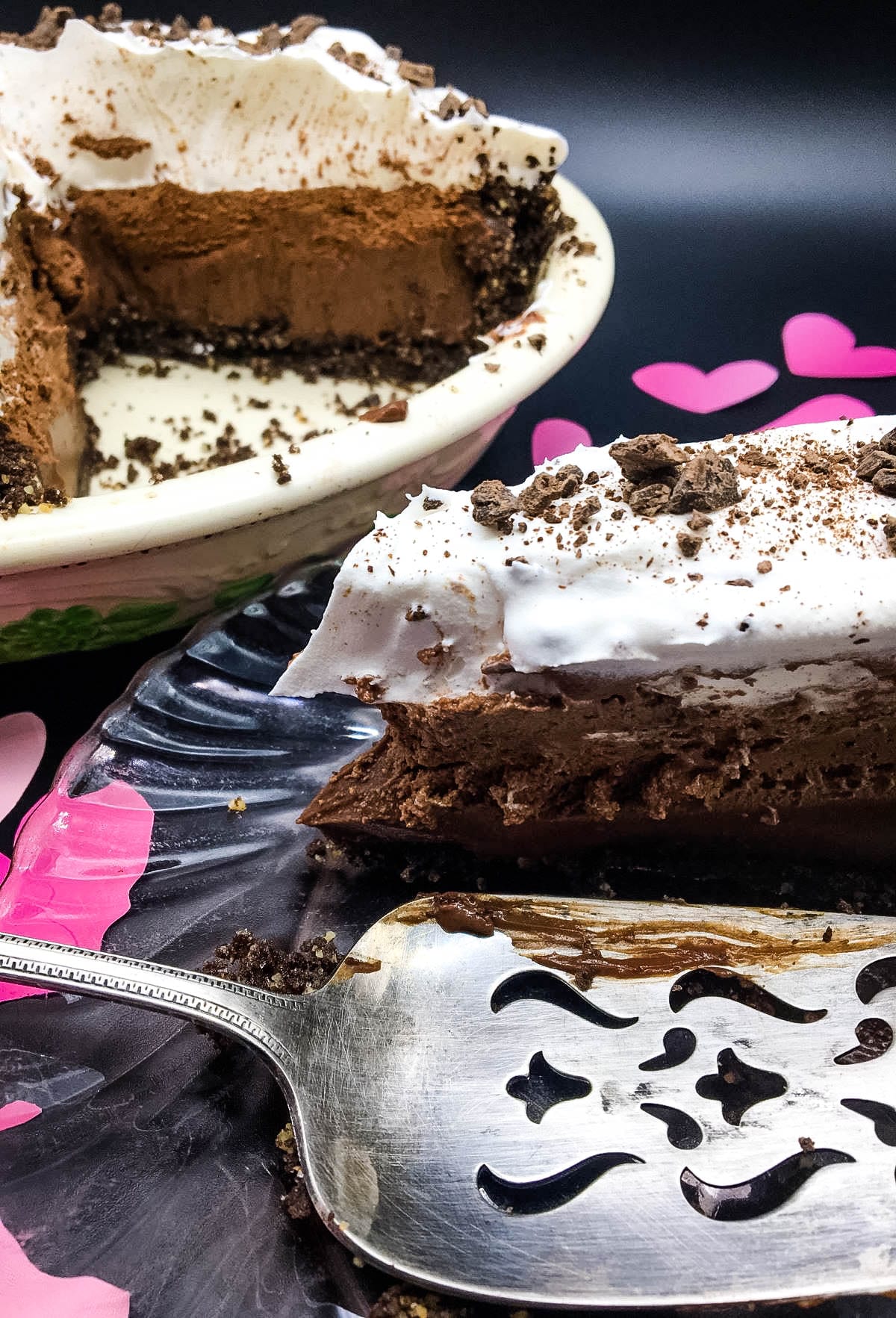 For the Chocolate Whipped Cream Topping

Begin with the chocolate crust...

For the chocolate crust layer, pulse wafer cookie crumbs, toasted walnuts and sugar in a food processor 4 to 5 times. Transfer crumb mixture to a medium bowl and stir in 1/2 cup melted butter. Press on bottom, up sides of the pie plate. Use a measure cup with a flat bottom and straight sides to get the crust even across the bottom and around all sides.

Next, cook the chocolate pudding layer...

For the chocolate pudding layer, whisk together 3/4 cup sugar, the cornstarch, cocoa and salt in a large saucepan. Whisk together half-and-half and egg yolks in a large bowl. Begin by adding enough of the egg mixture to the sugar mixture to get the consistency of gravy. Gradually whisk the remaining egg mixture into sugar mixture and cook, whisking constantly, 6 to 8 minutes or just until mixture begins to boil. Cook, whisking constantly, 1 more minute; remove from heat. Mixture should now be consistency of pudding. 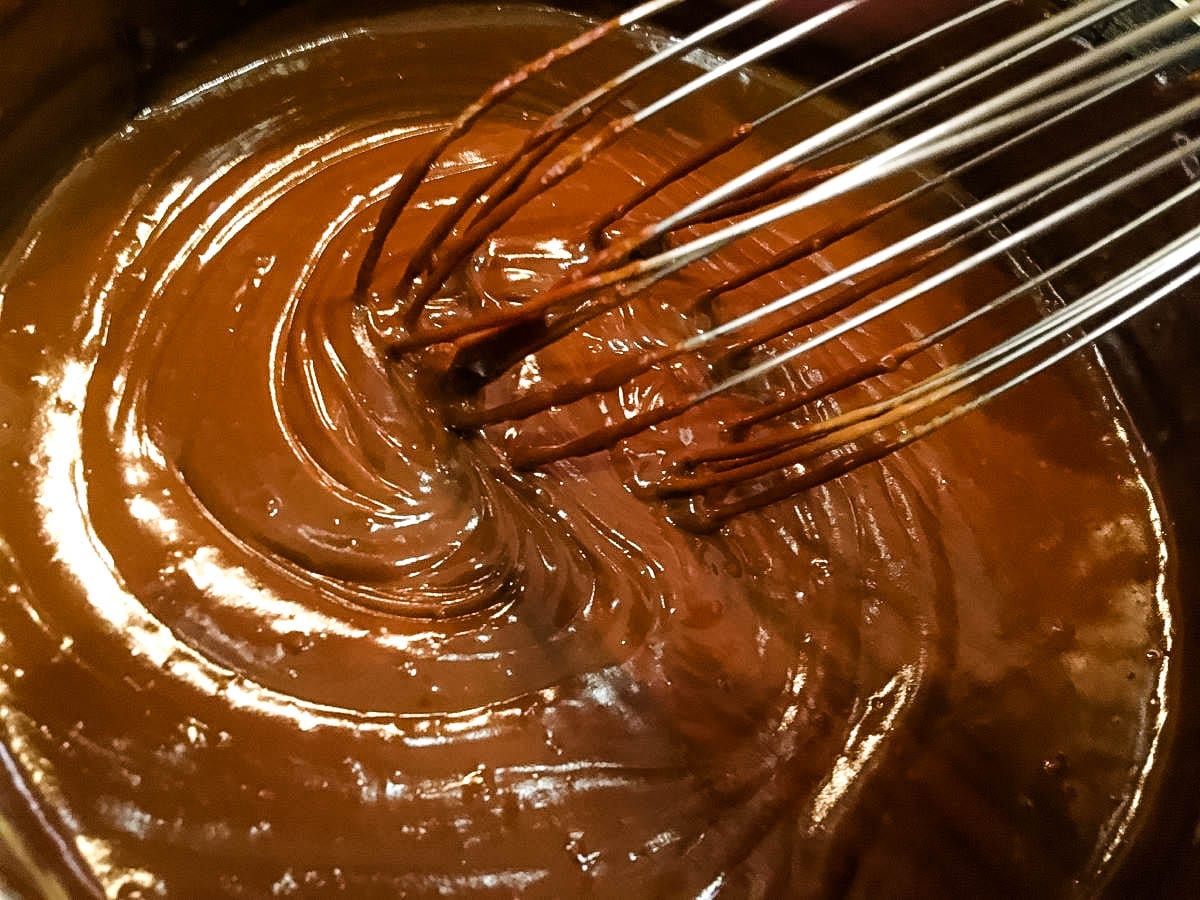 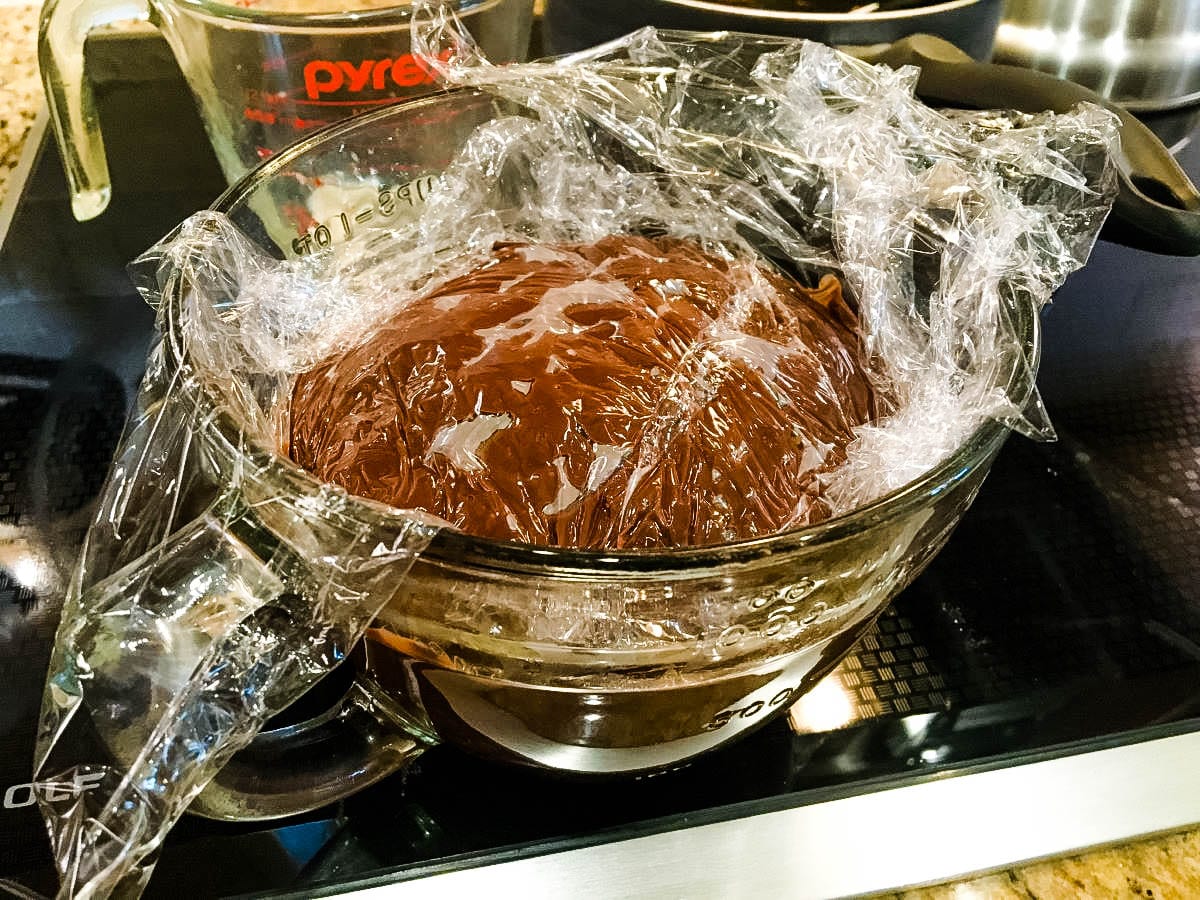 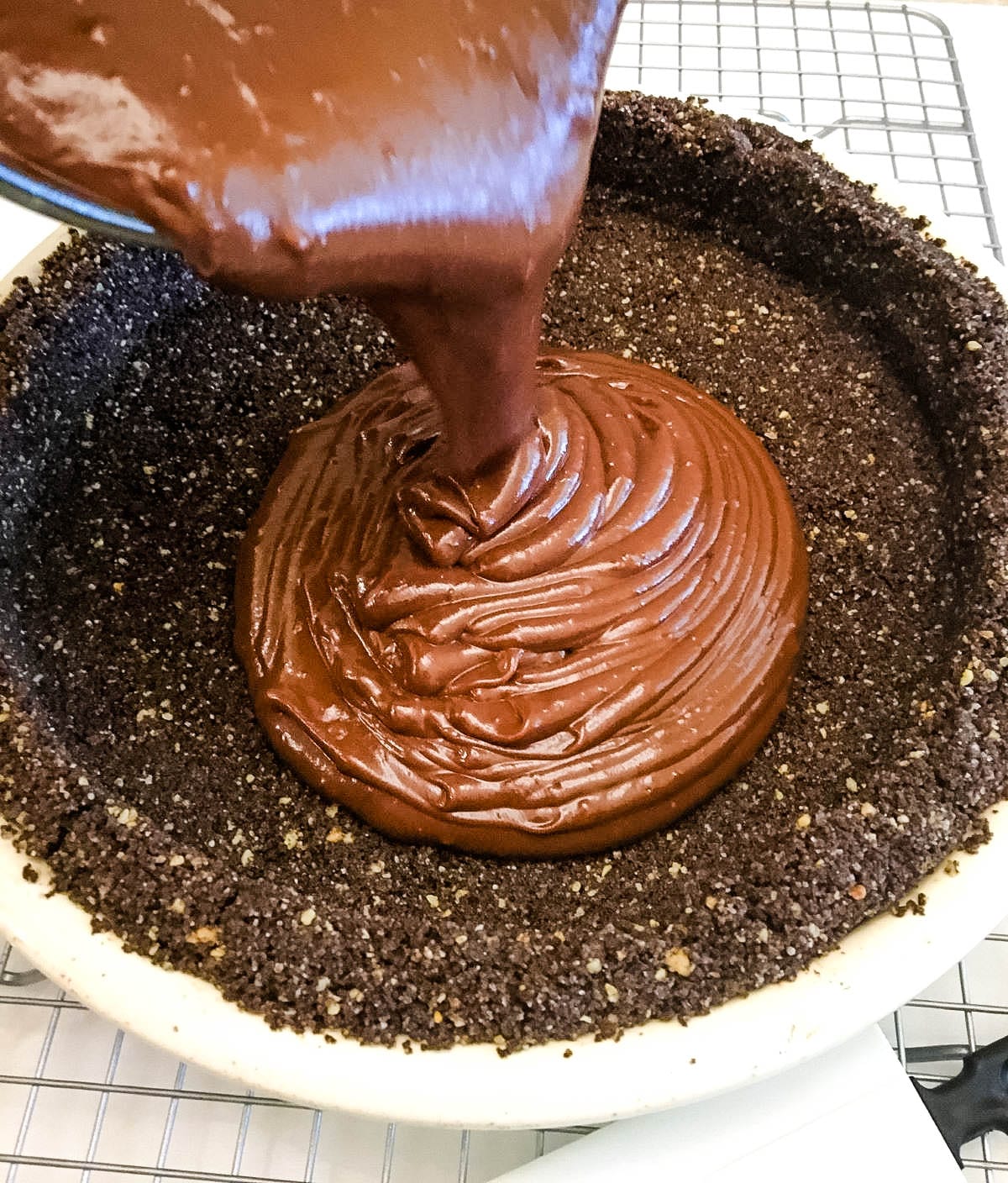 And the chocolate mousse layer...

For the mousse layer, microwave milk chocolate morsels and 3 tablespoons of the heavy cream in a medium bowl at 50% power for 1 to 1 1/2 minutes. Stir with the tines of a fork to hasten melting. Let stand 30 minutes, stirring occasionally. Beat remaining 1 cup heavy cream at medium-high speed with an electric mixer until soft peaks form. Gently fold half of whipped cream into milk chocolate mixture until blended and smooth; fold in remaining whipped cream. Spread mousse over filling. Cover and chill 8 to 24 hours or until set. 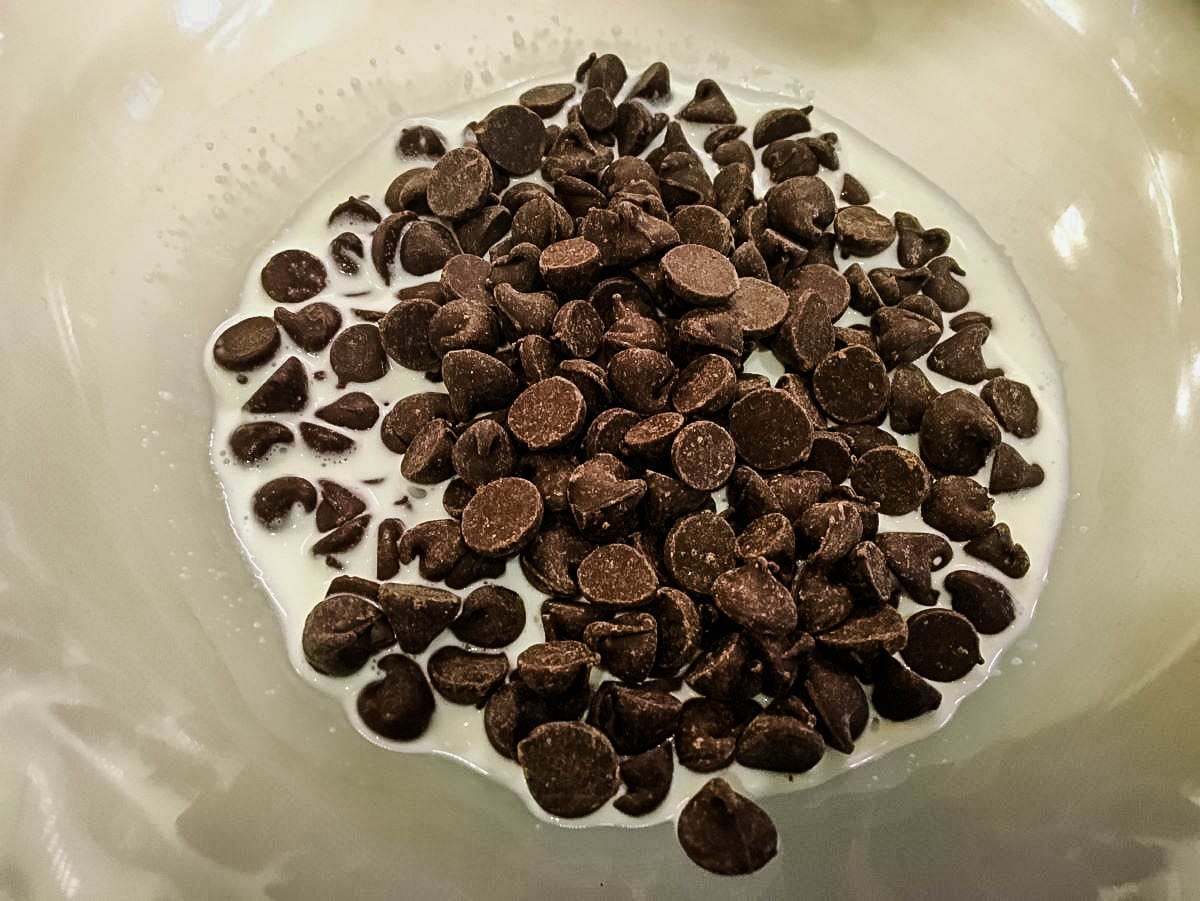 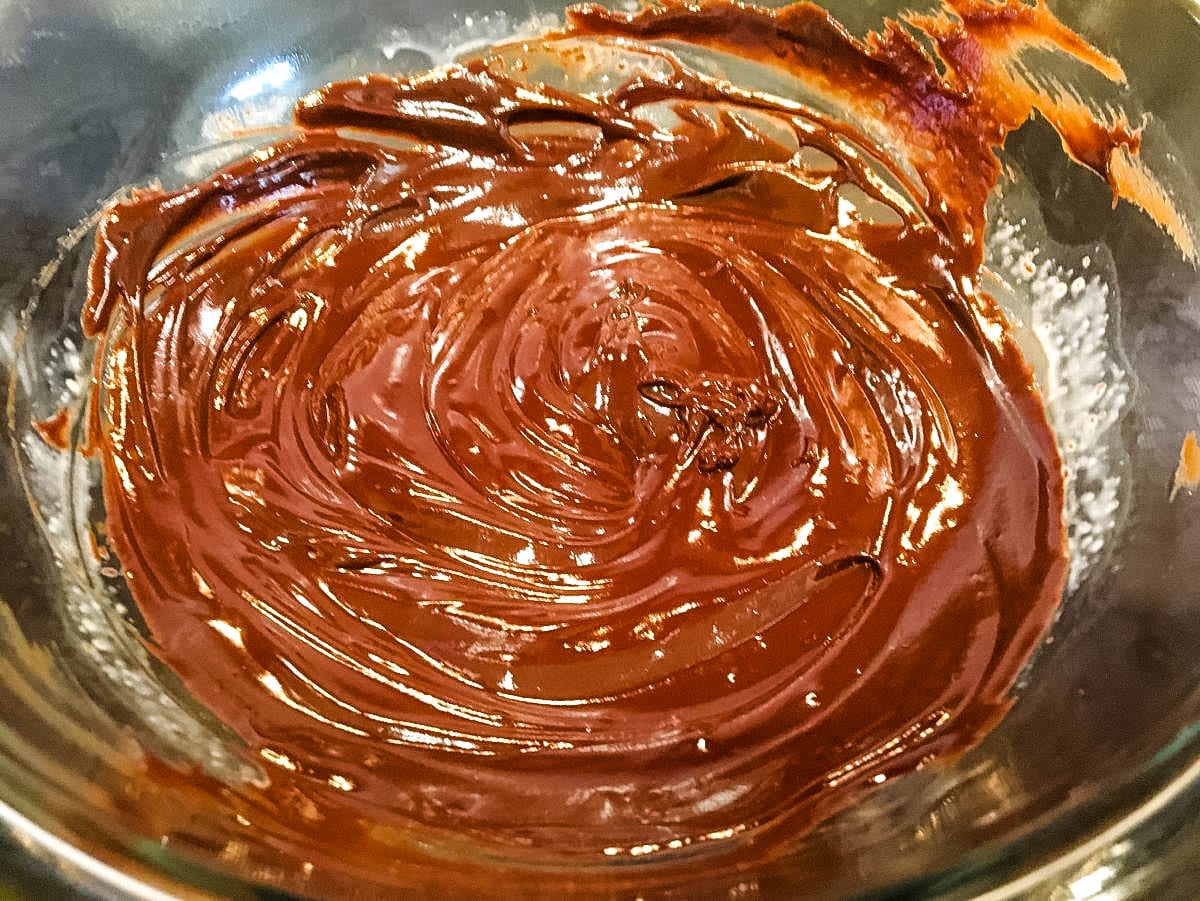 Spread over top of well-chilled pie before serving and garnish with chocolate pieces or chocolate curls.