Be sure to check out the SALES and CLEARANCE items on kitchen, home, and garden finds from my favorite home furnishing, food, and gift retailers HERE 🙂

Pirates Punch is the epitome of what it means to take a refreshment. Sweet and fruity, it tastes just like the tropics. On a recent trip down the coast to Amelia Island, Florida, I had the pleasure of ordering a pitcher of this iced delight for the friends at my table. 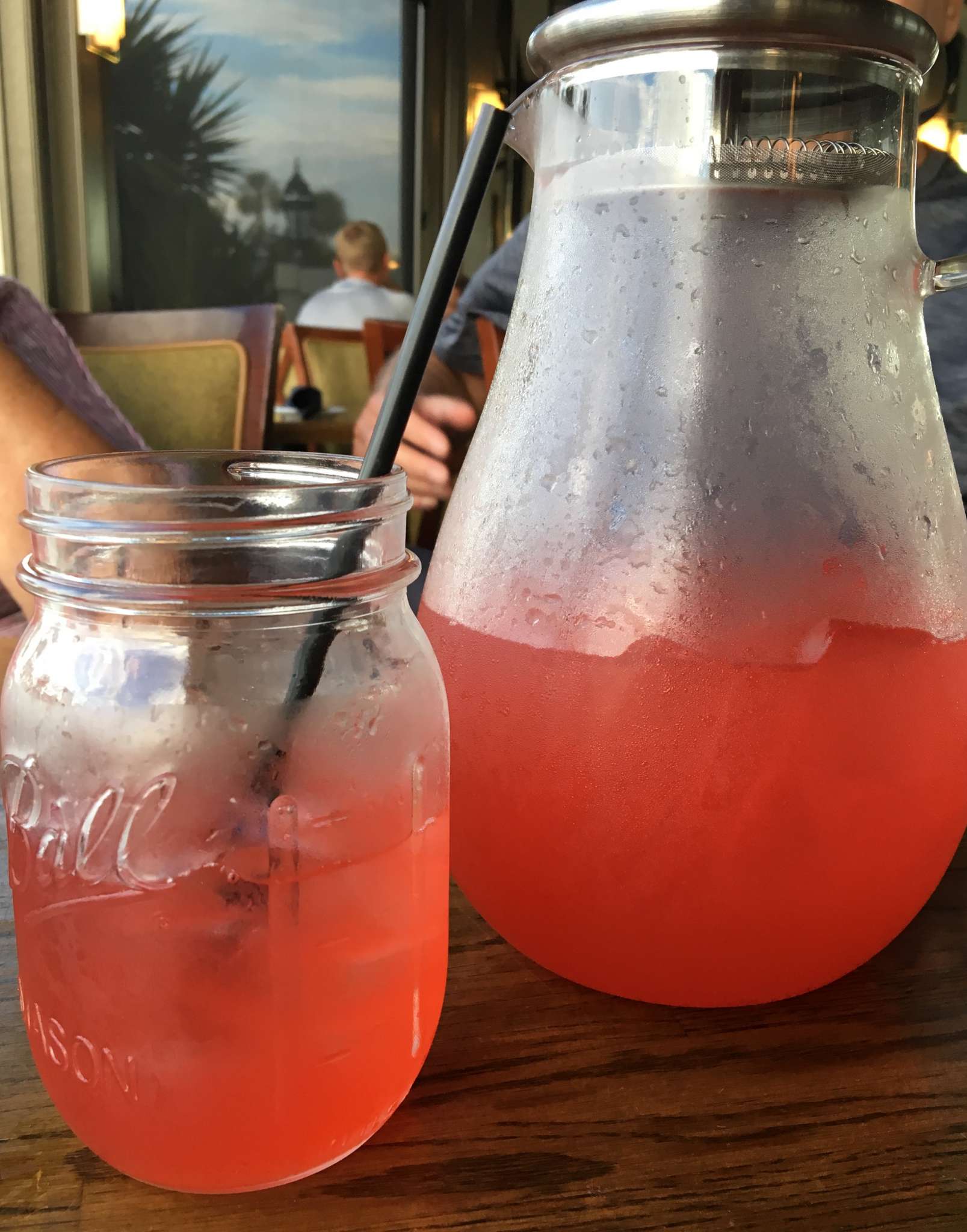 The drink was so smooth and so sweet that you could hardly taste the alcohol, which eventually lead to a bit of over consumption by a few of us (eh hem) and some good interpretations of drunken pirate talk. Go figure.  We were all a bit overheated when we arrived to Amelia Island due to 99+ degree temps, so settling back in the air-conditioning with a few pitchers of Pirate's Punch and some shrimp cocktails fit the bill. That, and our waiter was full of haunted stories and pirate lore which made for a great first evening! More on the trip to Amelia Island later, because this nook on the southeastern coast is definitely worth talking about. For now, a taste of what to expect if you hit one of the South's hot spots for 'then and now' Pirate activity! 😉

This recipe makes a pitcher for 8 or you can easily double the batch and refrigerate. In this recipe, I've doubled the juice to lessen the effect, as this is a lot of alcohol, but if you want to walk the plank, just cut the juice in half, haha!

Fruits like pineapple and orange wedges, and maraschino cherries for garnish, optional

In a large pitcher, combine juices, both dark and white rums, and Disaronno. If you have a pitcher with an ice core, by all means put it to use for this cocktail, otherwise serve with glasses filled with ice.

Garnish individual glasses with fruit such as pineapple wedges, orange slices, or maraschino cherries if desired.