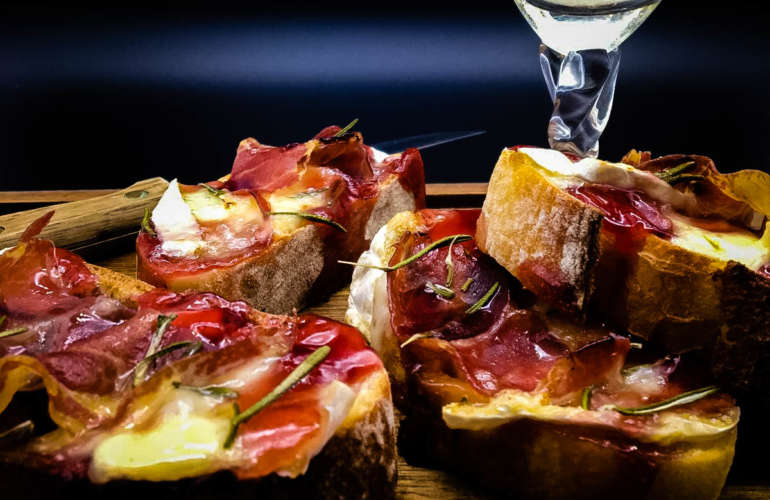 Crostini with Brie, Coppa and Raspberry make the perfect party appetizer that pairs with a variety of wines.

This Crostini with Brie, Coppa and Raspberry is an elegant appetizer, the basic ingredients for which can go a long way if prepping for a crowd. Crostini itself can be made with hundreds of ingredient combinations, the foundations being a baton of crusty bread and some type of cheese. I have opted for a sweet and savory crostini for an upcoming Valentine’s Day party I plan to host. In addition to the other heavy hors d’oeuvres I plan to serve, I will plan for two to three stationary trays of these, as they are a favorite of so many of my friends. 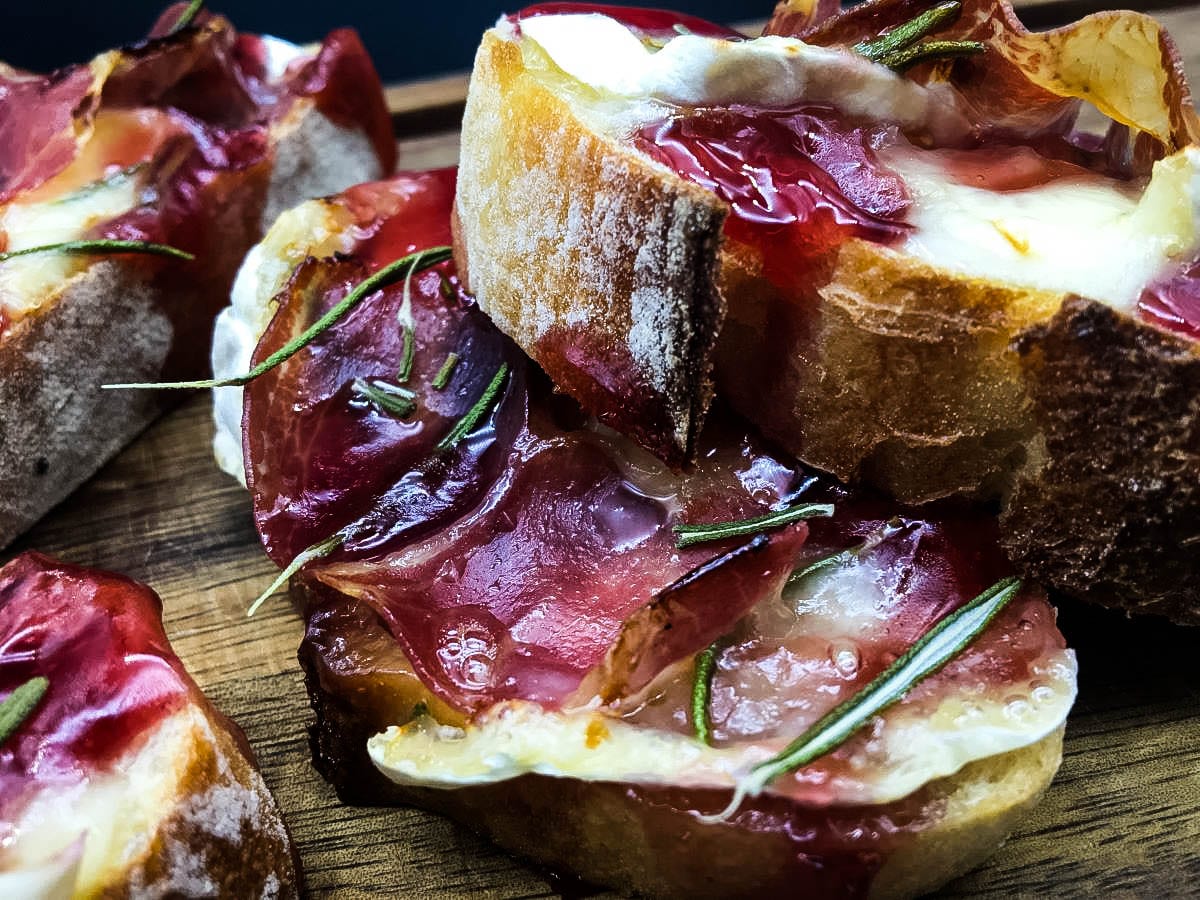 A perfect creamy, salty, savory combination with a hint of something extra, fresh rosemary. Somehow, the fresh rosemary marries all these flavors perfectly.

Sweet seedless raspberry preserves are paired with fresh rosemary leaves, salty Coppa, a Corsican cured pork, and melty Brie. Use what you may have in the pantry already if you are experimenting with ingredient combinations for the first time. Honey, any type of fruit preserve or fresh fruit, or a fresh herb agrodolce can be paired remarkably well with most soft cheeses to embellish small toasted rounds of bread. Crostini with Brie, Coppa and Raspberry is a two-bite handheld snack which lends itself well for the sequence of wine pairings and Valentine’s sweets my guests will be indulging in. 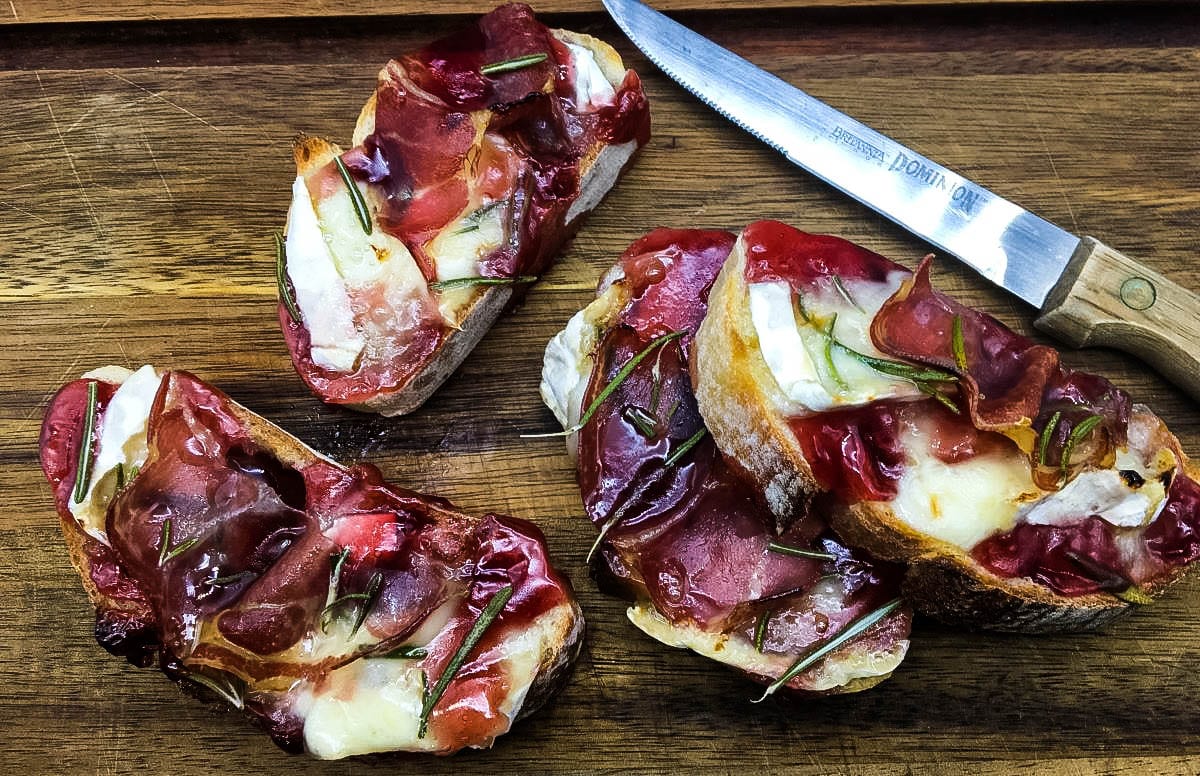 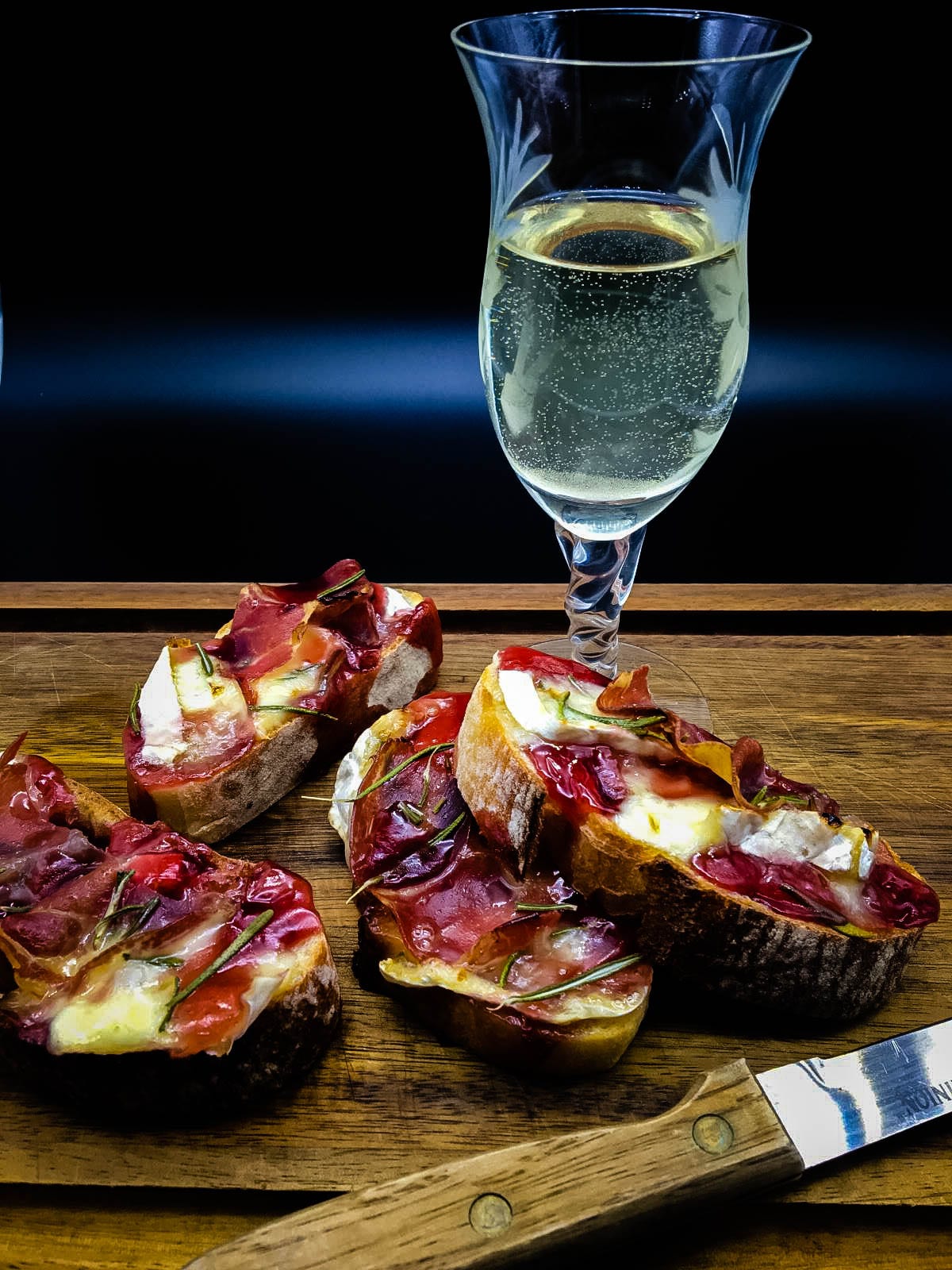 Ingredients for Crostini with Brie, Coppa and Raspberry

*this recipe makes enough crostini for 8 to 10 people, 3 to 4 crostini per person, but can easily be modified for fewer people by cutting in half

4-inch wheel of Brie, halved then each half cut into ¼ inch thin slices

In a non-stick saucepan, gently heat the raspberry preserves with the juice of 1 fresh lemon, whisking to ensure the preserves are broken up and smooth. Remove from heat and allow to cool slightly. 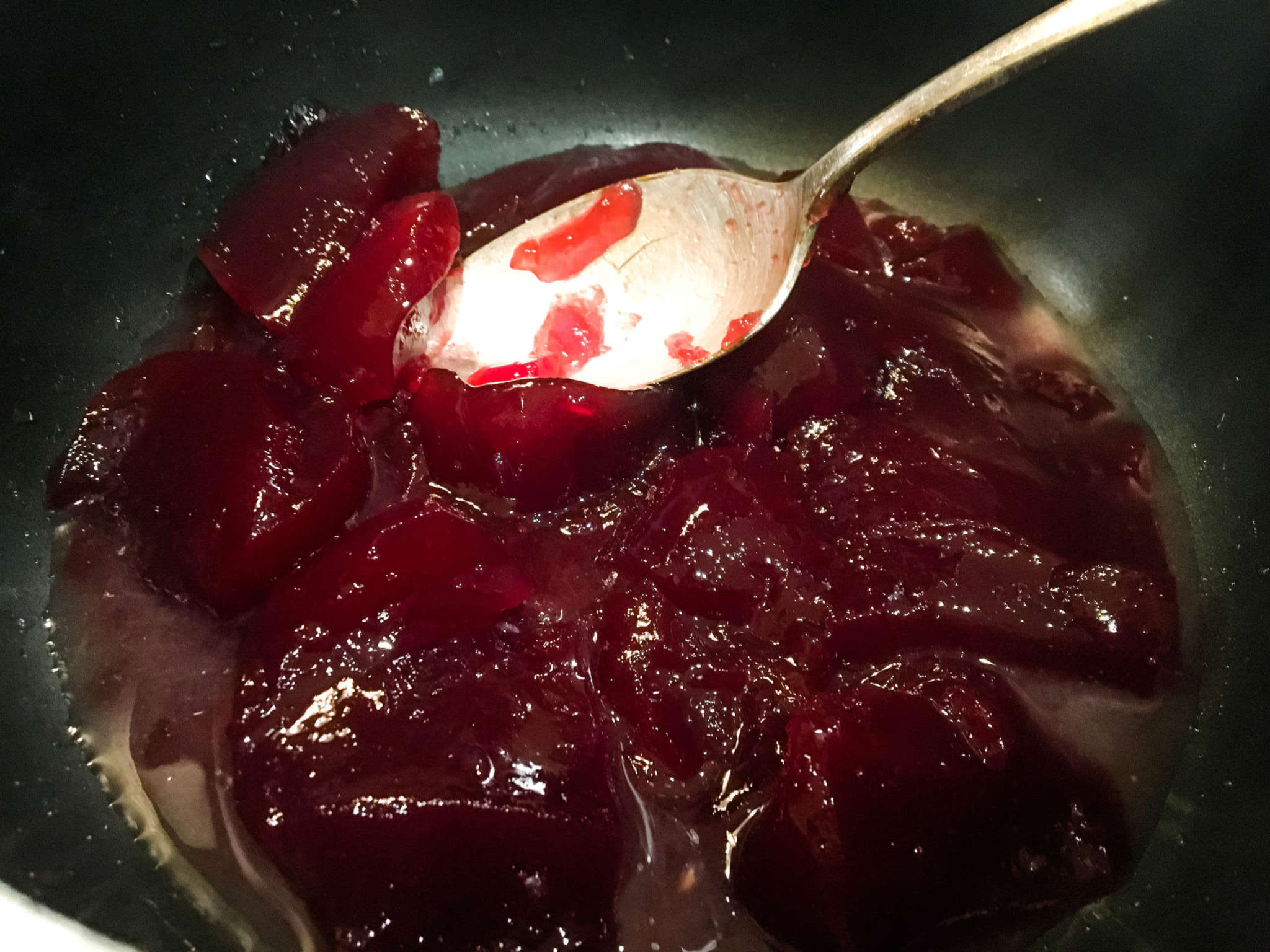 Slice the Baguette into ½ inch rounds and place on a baking sheet. Using a pastry brush, brush both top and bottom of the Baguette rounds with olive oil, just enough to coat but NOT saturate. Bake for 3 minutes per side. Remove baking sheet from oven.

Top each Baguette round with a slice or two of Brie. Some of your slices will be bigger than others, so use bits and pieces to ensure the Baguette rounds are sufficiently covered.

Using a teaspoon, drizzle the warmed raspberry preserves atop the Brie. A little goes a long way so start out using less than more. 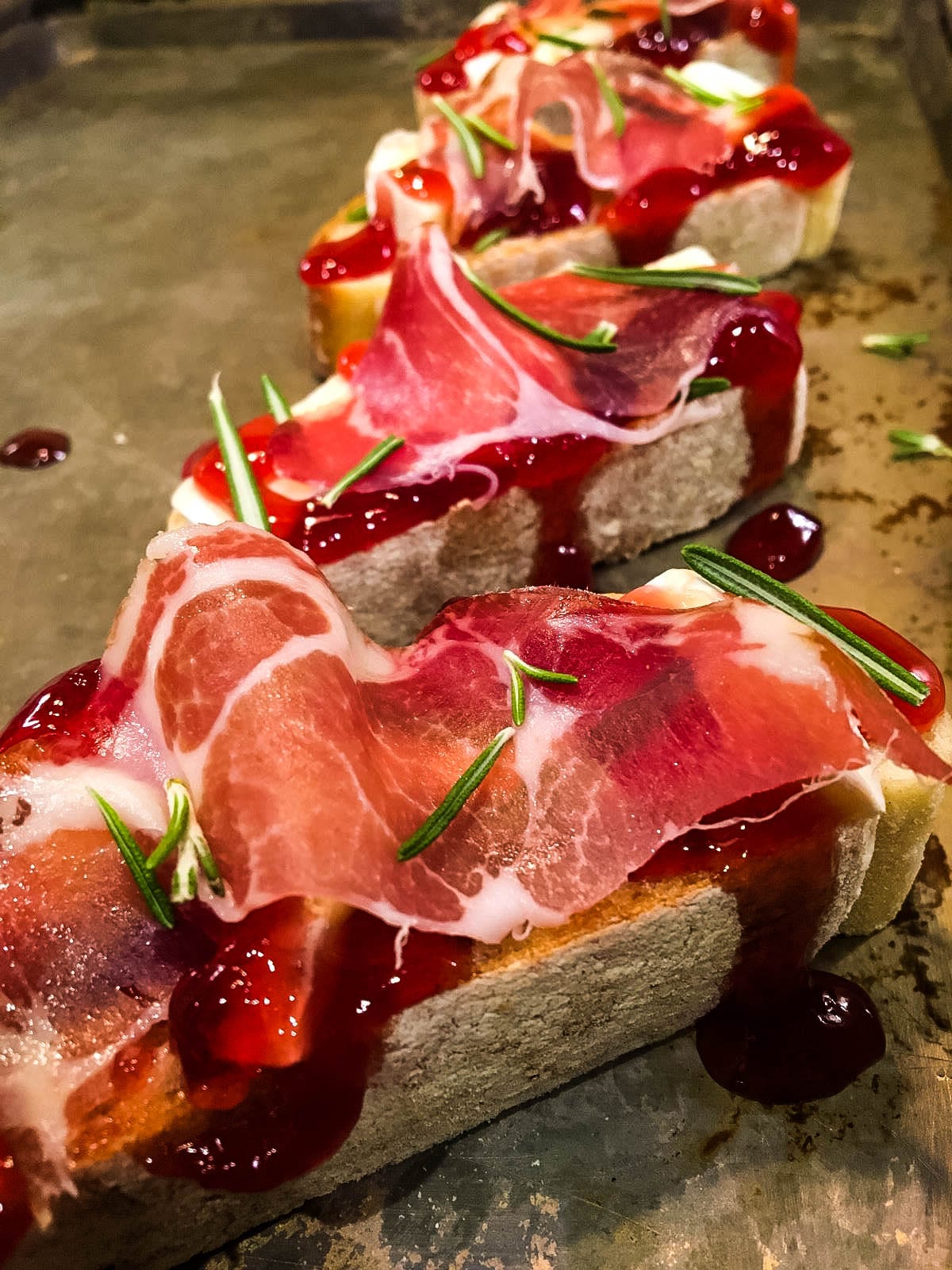 Sprinkle about half of the rosemary leaves on a cutting board and chop. Sprinkle the chopped rosemary leaves atop the raspberry preserves, saving the remaining whole leaves for garnish.

Finally, take one half of a slice of Coppa and lay across the Baguette rounds. I like to ribbon mine, or squish it up a little rather than lay it flat.

Broil for 3 to 4 minutes, or until preserves are bubbling and Coppa has shriveled some. Remove Baguette rounds from the oven and allow to cool slightly. Garnish with remaining whole rosemary leaves. Serve at room temperature. 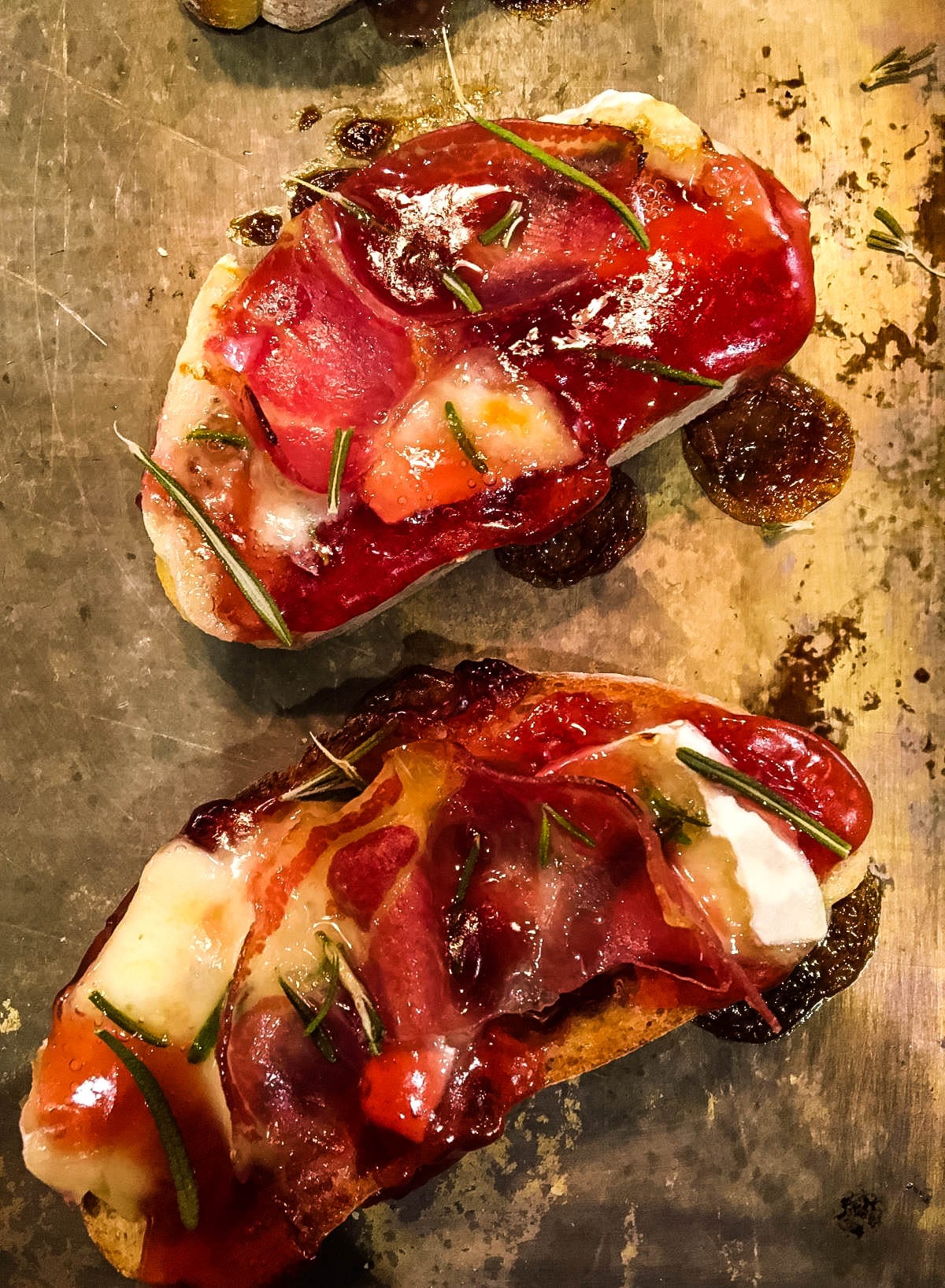 Charleston, South Carolina based culinary novice, authority on all things travel, designer by trade, and creator of Not Entirely Average.