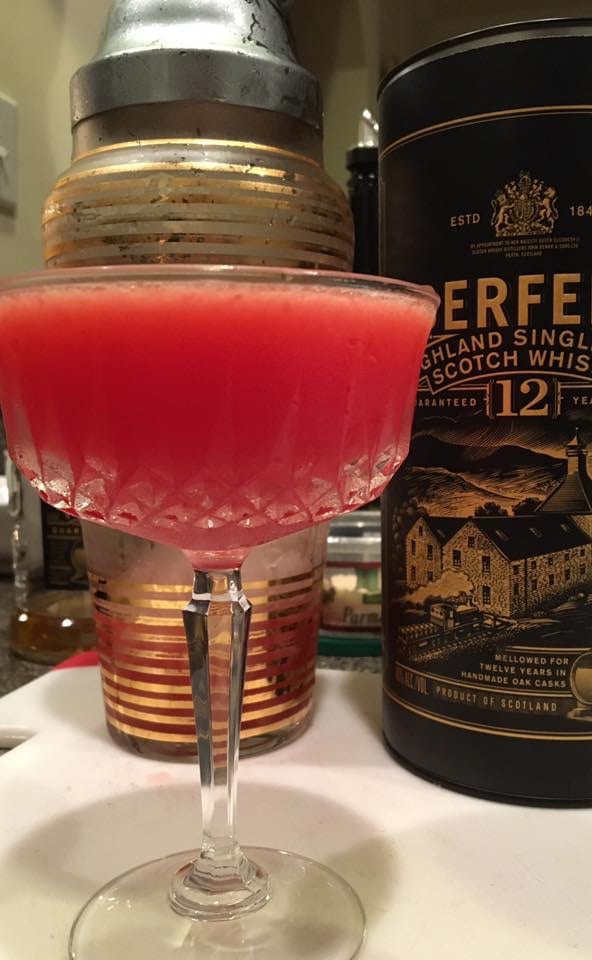 And here it is – elegant and refined Southern front porch ‘sipping’ at its best; so say hello to the Spiced Blood Orange Sour.

What Makes This Cocktail Worth The Effort?

There is no substitute, no store bought mix from a bottle or a pouch, or ANY simple syrup could rival this one. The exotic spices are not difficult to find, all available at the grocer. When the sugar, spiced simply syrup, citrus, and the ginger in this method ‘marry,’ only a sophisticated, earthy liquor like Scotch dares flirt with it. And then, there is the reticent blood orange. Available for only a few months here in the US annually, it’s best to grab a bag (or three!) and plan to enjoy this refined porch sipping libation at home while you enjoy the view.

This post, originally published in November of 2018, is now updated February, 2021. Enjoy!

PIN The Spiced Blood Orange Sour to shake up later!

Conflicted about shaking this libation up because you have no idea how you’ll put the remaining spices and ginger to use? Have a gander at these, then Say Hello To The Spiced Blood Orange Sour!

The Soul Train, A Tequila And Cardamom Cocktail

Normally, I’d shrill at the thought of mixing a decent Scotch (anything particularly peaty), with anything else. After all, it’s defeating to the entire purpose of distilling the planets greatest liquor in the first place. Yes, as I am sure it’s not a surprise, I am a Scotch fan.

I realize Scotch isn’t for everybody. But I may more easily tempt you into trying it if you have not already with this charmed elixir. It can be shaken with an entry level brand for beginner Scotch connoisseurs just to introduce the palette. Trust me, I may not convert you to becoming a Scotch drinker. But I can guarantee you will want a second one of these darlings.

The secret is in the spiced simple syrup. Cardamom, clove, black peppercorns, star anise, and stick cinnamon all marry. Combined, they perfume a key element of the drink. They present a warm sweet flavor that embodies what it means to be thoroughly refreshed.

Springtime kitchen necessaries for cocktailing, click any of these images for pricing and availability.

I like hosting gatherings where I can offer a featured cocktail. I do so in addition to a few select beers and some good bottles of both red and white wines.

In some cases, serving a featured cocktail gives me an opportunity to show off my Great Grandmother’s punch bowl. I’ve also been known to whip out my nifty 1915 flea market champagne glasses. I try to use them for nearly every event that screams ‘libations.’ Recently, I had a chance to do just that.

On the occasion that this drink was first served as a featured cocktail in my home, I was hosting a drop-in. It was part of a larger progressive dinner in my neighborhood at Christmastime. Folks were to arrive at mine for the cocktails and nibbles. They would move onto heavy hors d’oeuvres at the next. And then onto the house featuring the main courses, and so on.

To pair things nicely with any citrus beverage, I tend to think savory. The spiced simple syrup is a pronounced flavor component in this beverage. So, in this case, a mix of both savory and sweet work well.

Aside from the ridiculous cleanup after my drop-ins, I and my little featured cocktail, are always a progressive party hit!

I was the first of five homes as part of the progressive. I wanted some ‘stick to your ribs’ appetizers. Platters were strategically located throughout the downstairs. The goal was for folks to enjoy. I selected hors d’oeuvres to “balance.” It was sure to be an evening of overindulgence for some.

I offered Homemade Southern Pecan Cheddar Wafers by the pound. A massive centerpiece took over the center of my gallery. I loaded it with both Brie, Coppa and Raspberry Crostini, as well as my favorite Classic Roasted Tomato Crostini. I hired out hot and cold passed hors d’oeuvres to be circulated. A second centerpiece of mounding crab cocktail occupied the dining room. I also scattered an array of hand-painted chocolates near each nibble station.

Do You Have What Is Needed For The Spiced Blood Orange Sour?

blood orange for juicing and zesting

a knob of fresh ginger 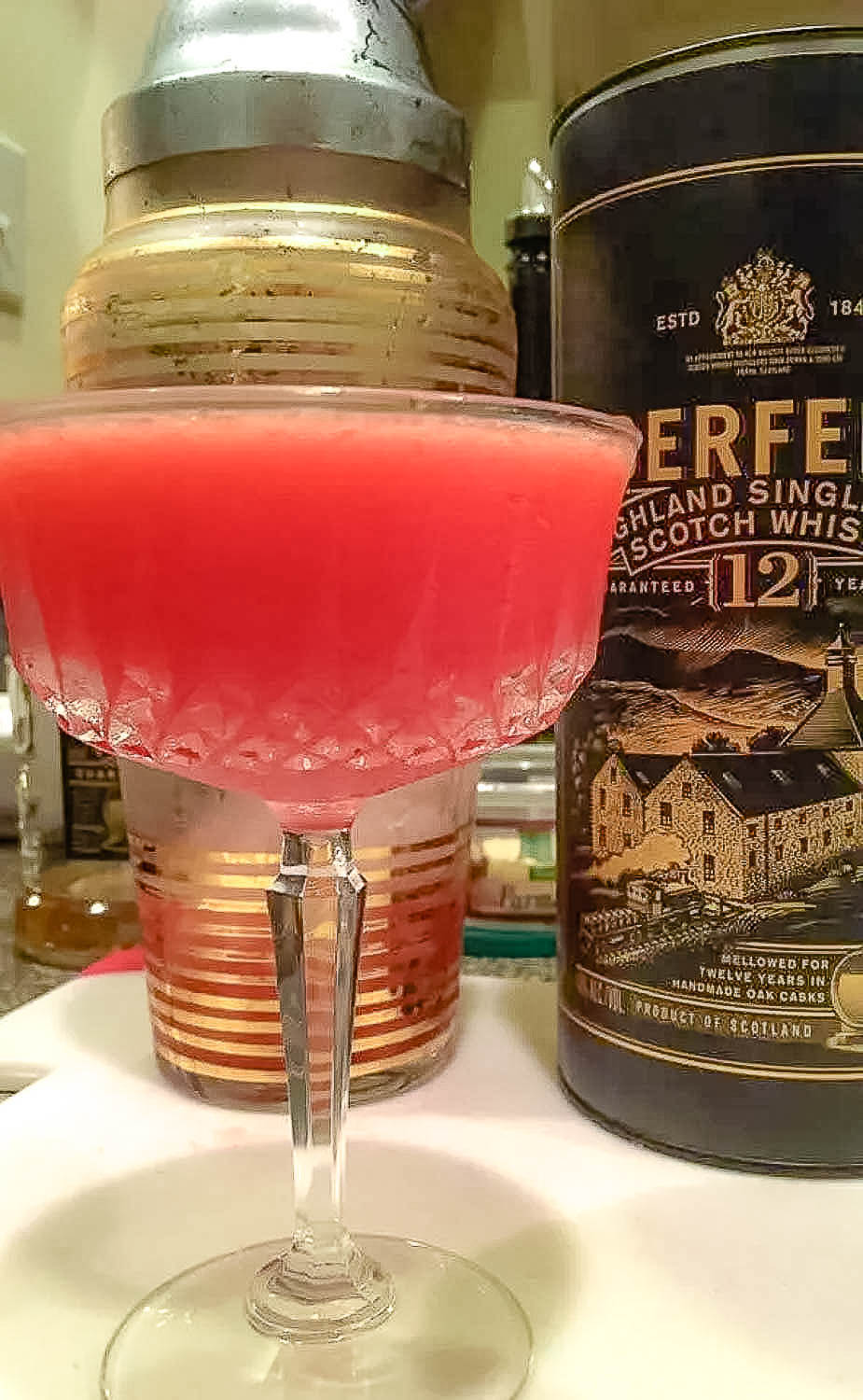 Did you know that it’s super easy to print out a version of a half recipe or even a double recipe on Not Entirely Average? Hover over the serving size (highlighted in blue, it says 1 on this recipe) and then slide the the white line to the left to make less or to the right to make more. This "calculator" allows you to play until you get the number of servings you want. Easy.

for the simple syrup

for the Spiced Blood Orange Sour

The spiced simple syrup will keep for for up to 2 weeks in the refrigerator.